The next blog post will be the first week of September. Meanwhile please enjoy our hummingbirds.

The main character of the Jade Trilogy, Julie, grew up in Oceanside, California. Oceanside is a unique city in the northwest corner of San Diego County. Its uniqueness is what made Julie who she is. Oceanside is bordered to the north by Camp Pendleton, one of the largest Marine Bases in the U.S.   Many of Julie's friends in high school had parents who were Marines.

Oceanside is also devoted to beach activities along its six miles of coastline. It is home to the world's largest women's surfing competition, the Supergirl Pro Jam. Julie never missed a year since it started in 2007.  She started  surfing as a child, but never competed. Her true love is running. In high school, Julie ran cross country and track and field, helping Oceanside High School earn many championships.

Julie was accepted at California State University San Marcos. Her experience in track and field helped her survive the countless stairs on campus which earned the university the nickname of Cal Stairs San Marcos. She had plans to become a nurse and enrolled in their bachelors of nursing program. Her plans were interrupted mid year when she had an accident at Street Scene, a major festival held in downtown San Diego each year. The bicycle powered cab she and her friends were riding in was over loaded, causing it to tip and her head hid the curb.

The doctors put Julie into a chemical induced coma, and administered anti-seizure and diuretic medications to prevent secondary brain damage. Unfortunately Julie had a severe allergic reaction to one of the medications. The doctors weren't sure she would survive, but miraculously she recovered in a few weeks. When they brought her out of her coma her parents were relieved to find that there didn't seem to be any lasting affects of her ordeal. 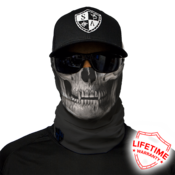 Marine Corps Base Camp Pendleton covers over 125,000 acres of diverse geography just north of San Diego County. It is the home of the 1st Marine Division. The base has huge areas of scrub covered hills that are undeveloped, making it an ideal place to hide a secret complex for Jade. But that is a topic for a future blog. I wouldn't want to give away anything from Time of the Assassin this soon.

As I've explained earlier, Julie grew up with friends on base. That could account for her using the San Luis Rey gate for her first major rescue, but it isn't the real reason. Now that Julie has been  given a new identity by the government I can tell you the truth, Julie used to live very close to Camp Pendleton. In fact she used to pass the San Luis Rey gate every day. The open field nearby was a perfect spot to teleport to because it didn't have any objects that she would have to worry about avoiding. Because she was so familiar with it she didn't have to worry about being able to find it in a hurry.

Julie realized after she rescued William Chesterfield, the Alzheimer’s patient, that if she wanted to keep her identity secret she would need a disguise. She had gone to a renaissance fair the summer after she graduated high school. Wanting to fit in with the other fair goers she had purchased a green velvet dress and cloak that looked something like this one, but in emerald green. Of course the guys changed it to camouflage later and made some other changes, but I'm getting ahead of myself again.

Julie knew that the dress would get in the way so she decided to wear black pants, a long sleeve shirt and gloves to hide her features. The only thing she couldn't figure out was a way to cover her face. She knew it would need to cover her whole face, but her ski mask was way too hot. It wasn't until she was driving home from school one day that she saw what she needed. Well almost. She nearly screamed when the motorcyclist turned to look at her. This is what it looked like:

Julie  went online that night and found a solid black version of one it. Then she made her first rescue with her new disguise. She was so proud of it until she realized that she didn't have anything useful with her, like a flashlight.  After that night she added her utility belt, which looked something like this:

Bat Man would be so proud.

Scroll down to read previous entries 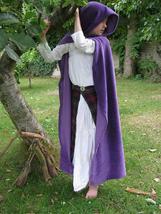